“Elementary, My Dear Watson”: How to Find Missing Healthcare Data after a Major System Upgrade 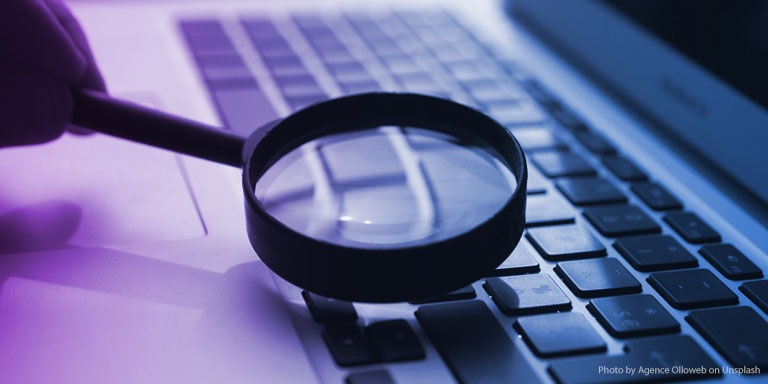 Across the years, Sherlock Holmes has been counted on to solve all kinds of seemingly impenetrable cases that have baffled lesser minds. For example (and spoiler alerts for those uninitiated in the Sherlockian Arts), he deduced with surgical precision that the killer in Hound of the Baskervilles was the nasty neighbor, and that the Red-Headed League was actually a ruse designed to help two would-be robbers dig a tunnel to a bank. Not too shabby for a guy who had a habit of storing tobacco inside a slipper.

However, if Holmes was transported to the 21st century — or if the folks behind the current BBC series wanted to take the show in a radically different direction — he might find it more than tough to unravel what we can dub: “The Very Curious, Most Concerning, and Totally Confounding Case of the Missing Healthcare Data After a Major System Upgrade.”

In the best tradition of Holmes’ faithful friend and biographer Dr. Watson, let us start with a look at the grizzly details around the crime scene. Here are the reasons why data often vanishes after a major system upgrade:

Sherlock Holmes is reported to have said that “it is a capital mistake to theorize before you have all the evidence. It biases the judgment.” Far be it from us to incur the wrath of Mr. Holmes (he is an outright bear when irritated). And so, before we start looking at clues and solutions, let us scan the scene and pound the pavement to gather proof of this alleged offense.

Below are some of the severe problems that erupt when healthcare data goes missing after a major system upgrade:

To say that this is ample evidence of a data crime is a gross understatement. As long as we are evoking celebrated fictional figures: attorneys such as Perry Mason, Ben Matlock, or Jack McCoy (*ping*) do not need to be attached to this case. Heck, even Arrested Development’s Barry Zuckerkorn or The Simpsons’ Lionel Hutz would be fine.

The most compelling cases have the clearest victims, and unfortunately the case of the missing healthcare data checks this box. There are four classes of victims.

The first victims are management. Rather of reaping the rewards of a major and expensive investment — one that took many months of discussing and planning, and may have been on the agenda for years — they are confused and frustrated. Instead of things getting better, they are worse.

The second victims are end users, who are already fatigued and overwhelmed from implementation and go-live activities. They cannot do their jobs in an efficient manner, which puts them further and further behind. Unfortunately, management (see above) does not have the answers they need. Instead, they just have more questions.

The third victims are the reporting tools, which are mistakenly blamed for vaporizing the data. Alas, reporting tools make easy scapegoats. As the old saying goes: garbage in, garbage out.

And the fourth victim — and most damaging of all — is trust. When the organization no longer trusts its own data, management is forced to rely on anecdotes, rumors, guesses, hearsay, “squeaky wheels,” and so on. They lose focus, make regrettable decisions, and momentum slows down or stops. Once lost, trust can take a long time to re-establish.

What makes reading (or watching) Sherlock Holmes so compelling, is that just when the well-meaning but mediocre talents around him believe they have cracked the case, the legendary private eye announces something shockingly unconventional that changes the entire paradigm — and casts a whole new light on the scenario. In storyteller circles this is called a plot twist.

Well, the plot twist in The Very Curious, Most Concerning, and Totally Confounding Case of the Missing Healthcare Data After a Major System Upgrade is that the reporting team — yes, the very folks behind unfairly maligned reporting tools — can solve the case.

Here is what the reporting team can do to reclaim all the missing data after a major system upgrade:

Indeed, hospitals will be more than impressed — they stand to be amazed —when they realize how the reporting team can turn the major system upgrade from a struggle into a triumph. Of course, we would not expect the restrained Sherlock Holmes to share in this excitement. Indeed, for the master of all sleuths, coming to this inescapable conclusion after analyzing the crime scene, collecting the evidence, and assessing the victims is nothing more than Elementary, My Dear Watson.

Contact Polaris and learn how we can help your organization reclaim missing data after a major system upgrade. Like Sherlock with his magnifying glass, we have the expertise and tools to shine a light on your healthcare analytics — and ensure your team gets the information and answers they need.